The amazing and complex world of video advertising has been developing at such a fast rate over the past few years that more and more new professional terms have been starting to show up. To help understand the worlds of video advertising we have decided to create this glossary.

Video SSP – video supply side platform refers to a managed service and technology platform which helps to maximize the sales of video advertisers. SSPs connect video ad publishers to the widest range of ad exchanges and networks.

RTB – Real Time Bidding – RTB allows web owners to sell ad impressions or views via an ad exchange platform. Each impression is sold as it becomes available, in real-time. Advertisers can then change their bid based on market conditions allowing for performance feedback.

Video Seeding – Video seeding ensures your content is targeted at the right audience, at just the right time, to generate optimum engagement. Paid, owned and earned media are used to increase engagement and video views.

CPM – Cost per Mille, refers to cost per 1000 impressions. The total price paid in CPM deals is worked out by multiplying the CPM rate by the number of CPM units. E.g. 1 million impressions at $1 CPM equals a $1,000 total price.

CPCV – Cost per completed view or CPCV refers to the price an advertiser pays once their video has been viewed through to completion.

ECPM – ECPM or effective cost per 1000 is an advertising revenue measurement which takes account of varied marketing channels and is calculated by taking the total earnings and dividing it by the total number of impressions in 1000’s.

Instream Video – In stream video is a method of placing video ads which viewers can’t skip mid roll in videos which are already being viewed by a target audience. The advantage is that viewers are actively engaged in the video already and the video ad acts like a commercial break which means they are already a captive audience.

Read about instream vs outstream video.

Outstream Video – outstream video ads, or in-read native video ads are video advertising units which are embedded into text or other media and auto play when a viewer navigates to them. The publisher doesn’t have to have their own video content.

Header Bidding – is a technique of advanced programmatic advertising which is an alternative to Google’s waterfall method. Also referred to as advance or pre-bidding, it offers publishers a way to offer ad space to numerous ad exchanges or SSPs simultaneously.

Autoplay Video Ads – Autoplay video ads are video ads which automatically start and which the user has no control over.

Native Video Ad – A native video is a video embedded in a feed as opposed to a link to a video hosted on another site.

Advertiser – An advertiser refers to a creator of video advertising.

Video Ad Placement – Video ad placement refers to the act of placing an ad within other video content to get optimum views from the target audience.

Ad Exchanges – A technological platform enabling buying and selling of media advertising inventory from a multitude of video ad networks. Inventory prices are determined through bidding.

Audience Targeting – Audience targeting refers to the intended audience or viewership of a video advertisement.

Personalized Ads – Personalized ads are adverts which are targeted directly at individual preferences. For example, if you have browsed for a particular product on a website, you will be targeted with similar products in the advertising space of social media platforms such as Facebook, Instagram etc.

Vpaid For Mobile – Video Player Ad-Serving Interface Definition was introduced by the Interactive Advertising Bureau in 2012. It refers to a standard script which instructs a video which ad to play, when the ad should surface and where to place play pause and stop actions. VPAID can show different offers at the end of the video to different viewers depending on who and where they are and their preferences. VPAID ads are also easier to track and see metrics from on completion rates and CTRs.

Wrappers – A video container or wrapper is the code which provides the frame to wrap the video advertisement within the website.

Fraud – Video advertising fraud is when a company knowingly serves ads that no one will ever see to drive views and revenue. Automated bots can automatically refresh pages to make it look like a video has lots of views. This can make the inventory appear more attractive on ad exchanges and therefore raises the price in real-time bidding.

GDPR – GDPR or General Data Protection Regulation refers to legislation which was introduced in May 2018 which provides greater protection around data held on individuals. Organisations are exposed to the possibility of heftier fines than under the Data Protection act of 1978 if they fail to comply with the regulations. GDPR affords individuals greater protection regarding data held and its integrity and accuracy.

VCPM – Refers to the term Viewable Cost per thousand. This is a pricing model where the advertiser pays on the basis of the cost of viewable impressions. This is calculated as VCPM = Total Cost/Total viewable impressions x 1000. This means that there is a guarantee of 1000 opportunities of viewing an advertisement longer than 2 seconds.

VCPV – Refers to the viewable cost per view of an advertisement. What an advertiser pays is determined by costs, views, viewability. This is then calculated as VCPV=VCPM/CPV. The advantage of this is that it is a more comprehensive measure of successful views.

CPE/CPI – Refers to the cost per enagagement or interaction. This means that an advertiser pays everytime a user engages with an advert actively. This monitors when the user clicks an element on screen or hovers over it and thus gives advertisers a measurement for successful advert interactions.

Target CPA bidding – this smart advert bidding strategy enables the advertiser to set bids to grab as many conversions at the target CPA or cost per acquisition they set. It offers the chance to automatically optimize bids and provide auction-time bidding capabilities which will customize bids for each and every auction.

If you have questions or interested to join as a publisher and use our technology, please contact the team here 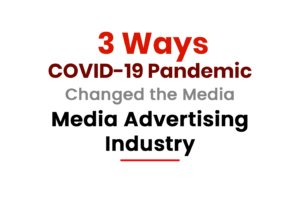 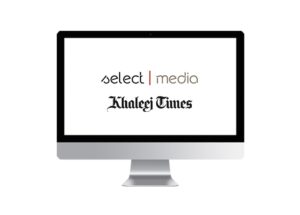 SelectMedia Collaborates With khaleejtimes.com; the Top News and Media Site in the GCC 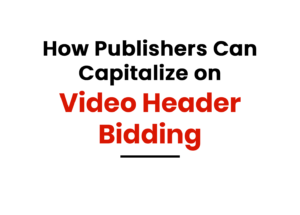 How Publishers Can Capitalize on Video Header Bidding and Win Big?